This is the eleventh post in the 2021 Kindness series. Each month I will make a donation to a different nonprofit and write about the organization.

This month’s donation was special because I was able to deliver it in person! Last week my aunt and I visited the Wild Animal Sanctuary in Keenesburg, Colorado. (Can you spot the bear in the photo above?)

The Wild Animal Sanctuary rescues and provides a home for wild animals that have been abused, abandoned, displaced, or neglected. Nearly all of the rescued animals were born in captivity. Pat Craig, Executive Director and Founder, created the sanctuary in 1980. Since then, it has rescued over 1,000 animals and grown to three facilities – two in Colorado and one in Texas. The sanctuary receives no government funding and is volunteer run by 120+ volunteers ranging in age from 17 – 90.

Who Lives at the Wild Animal Sanctuary

650 animals live at the Wild Animal Sanctuary in Keenesburg, Colorado

Meet the animals at the Wild Animal Sanctuary

The first captive animal Pat Craig rescued was a baby jaguar from a zoo in North Carolina – he named her Freckles. You can read the story of Freckles’ rescue and many others in a new book Forever Wild, Forever Home: The Story of The Wild Animal Sanctuary of Colorado. The stories are emotional – some almost too painful to read – like Jumanji, a black leopard from Ohio who was locked in an outdoor cage laying in his own urine and suffering from frostbite and ammonia sores. But this is why we need to learn their stories. By understanding the suffering of captive wild animals, we can appreciate the impact of the Wild Animal Sanctuary and need for reform.

Learn about Jumanji and see how well he is doing now in the video below.

Visit to the Wild Animal Sanctuary

The Wild Animal Sanctuary is an easy 45-minute drive from Denver. After watching a brief orientation video we began a leisurely stroll along the 1.5 mile elevated walkway above the animal habitats. It was mid-day and many of the animals were enjoying their nap – some in the shade, some in the sun, and some hidden away in their dens. The bears were out and about – grooming and chilling up in a tree.

In several habitats, the snoozing African lions looked so peaceful – like the wild lions I have seen in Africa. I thought of the 25 lions the sanctuary rescued from circuses in Bolivia. At the Cavalini circus they found eight emaciated lions in a six by twelve foot cage, covered in urine and feces. They were packed so tight that they could barely move or lay down to sleep. You can read about the Bolivian lions in the book Forever Wild, Forever Home and watch a video of the rescue (have some tissues handy). 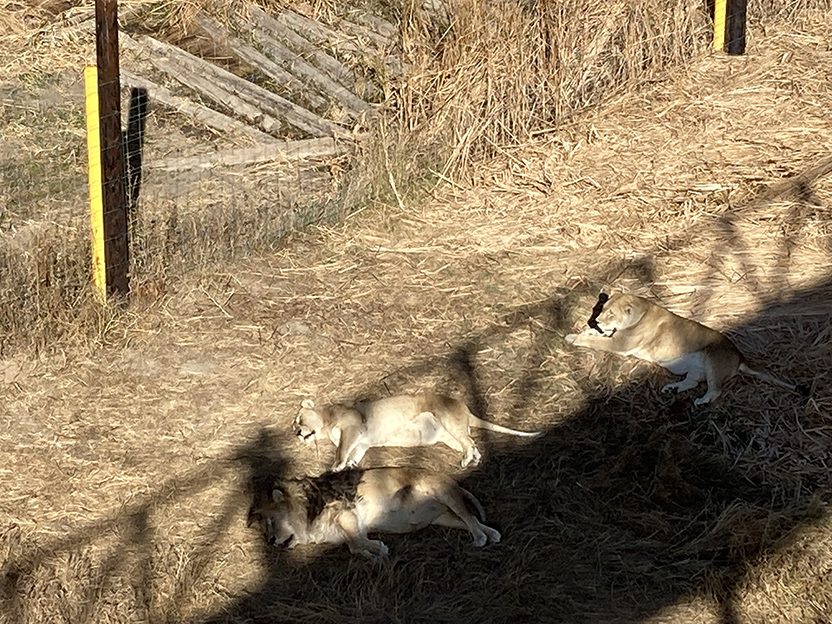 Along the walkway there were signs and audio clips that described the animals and their new home. We also passed friendly volunteers who were ready to answer questions.

At the end of the walkway we stopped at the tiger roundhouse where I marveled at the gorgeous tigers. Newly rescued tigers take longer to adjust to a new habitat, so they temporarily live in individual spaces in the roundhouse until they are ready to join other tigers in the main habitat. 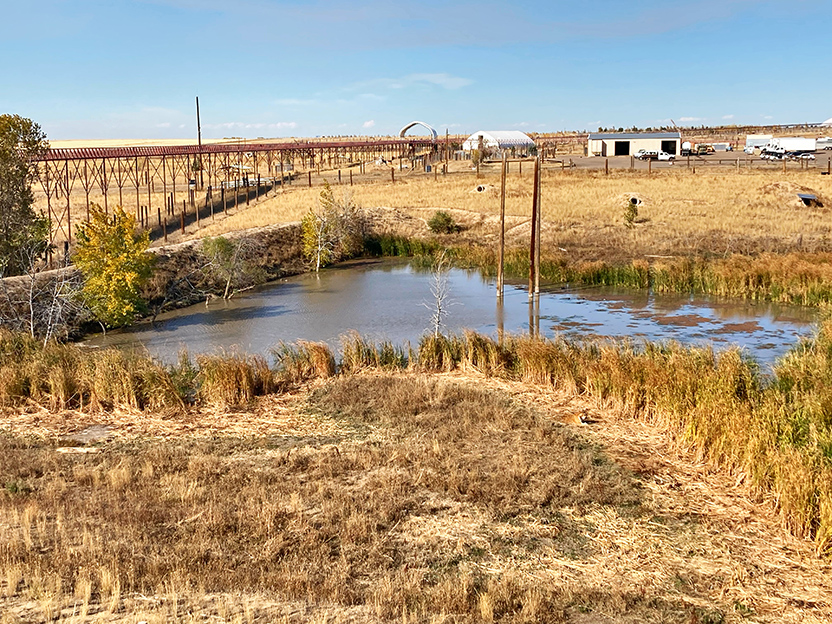 Tiger Habitat (Can you spot the tiger relaxing by the water?)

During the return journey back to the welcome center, a few of the animals started to wake from their naps. As we approached the end of the walkway, I heard the distant roar of the African lions.

When we exited the parking lot, we drove down a beautiful tree-lined drive to the main road. It gave me a feeling of serenity – a feeling I believe is shared by the hundreds of rescued animals who live at the Wild Animal Sanctuary. 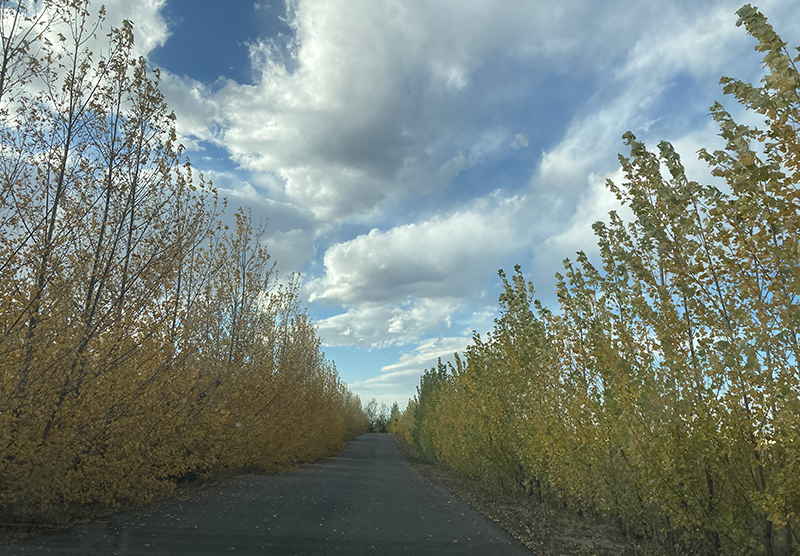