I became interested in elephants on our world trip where we met Asian elephants up close at Anantara Elephant Camp in Thailand and watched magnificent African elephants in Tanzania and Uganda. Elephants are incredible animals – they are intelligent, social, and empathetic. Females and their children live in herds led by a matriarch (older female). Males live in male herds or on their own.

Although adult elephants have no animal predators, they face serious threats to their survival including poaching, habitat loss (deforestation), and human/animal conflict. Asian elephants are on the endangered species list with an estimated 20,000 – 40,000 remaining in the wild. African elephants are not classified as endangered, but they are at risk. There are some incredible people and organizations that are working to address the issues that threaten elephants like Sheldrick Wildlife Trust (rescues, raises, and releases orphan elephants) and Save the Elephants (research, monitoring, and human-elephant conflict programs like Elephants and Bees). Despite hopeful news like government ivory bans and poacher arrests, we continue to see a decline in the elephant population. I was curious to learn more about the issues and what is being done to address them. Below is an overview of the issues that threaten elephant survival along with various efforts to prevent their extinction.

Humans have been killing elephants for their ivory tusks for hundreds of years. However, there was a large escalation in poaching in the 1980s. Research shows that during this time, the number of African elephants went from 1,000,000 to 400,000. As a result, in 1990 the United Nations Convention on International Trade in Endangered Species (CITES) moved African elephants to their endangered list (Appendix I). Over the next seven years, the population began to improve and CITES moved them to the non-threatened but at risk list (Appendix II). But within ten years, poaching had risen again due to increased ivory demand in Asia and the involvement of criminal groups. Poaching is less of an issue in Asia. (Did you know that female Asian elephants don’t grow tusks?)

According to the Great Elephant Census, led by Elephants Without Borders, approximately 8% of African elephants – 27,000 – are killed each year by poachers. Save the Elephants estimates that 100,000 elephants were killed for ivory between 2010 – 2012. And, according to UN data, 60% of elephant deaths are from poaching.

The status of the elephant populations varies throughout Africa. In some countries and regions, the populations are stable (Botswana, Uganda, South Africa, parts of Kenya and Malawi). While in other areas, the elephants are at greater risk (Mozambique and Tanzania have the highest levels of poaching activity). Elephants typically give birth every two – four years and a pregnancy lasts 22 months. Based on the volume of poaching, there are not enough births to sustain the population in many areas. 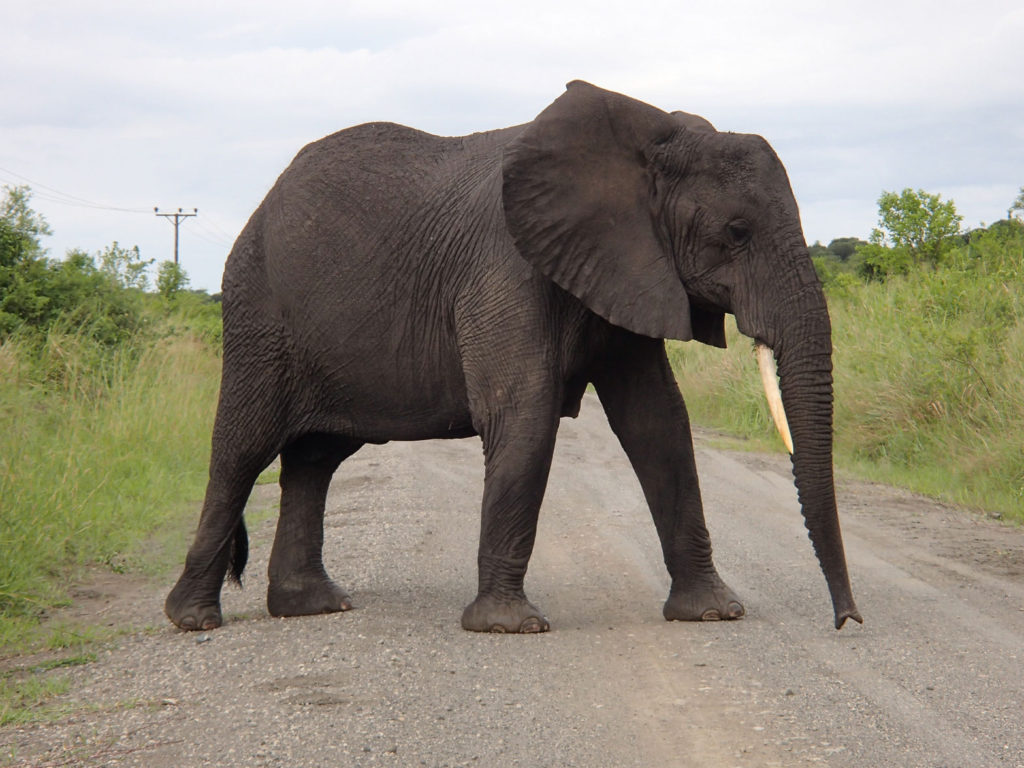 In recent years, several countries have banned the sale of ivory. The United States passed H.R.2494 – Eliminate, Neutralize, and Disrupt Wildlife Trafficking Act of 2016 (Global Anti-Poaching Act) in November 2015. Then in December 2016 China banned all ivory commerce by the end of 2017. At the October 2016 UN Convention on the International Trade in Endangered Species (CITES), 182 countries agreed to stop all domestic ivory trade.

For the past few years China has been running public awareness campaigns about ivory poaching with a reported increase in the number of people who now view poaching as an issue.

There are anti-poaching organizations and programs in several African countries where rangers put their own safety at risk to protect elephants and rhinos. Here are a few examples…

Locating poachers with drones: Air Shepherd uses drones to spot potential poachers and then alert nearby rangers who respond on the ground.

Tracking Poachers with DNA: The Center for Conservation Biology at University of Washington extracts DNA from a majority of worldwide large volume ivory seizures to identify the source of the ivory. They match the DNA to a reference map of elephant populations created from poop data. The goal is to identify the hot spots for poaching to help law enforcement stop criminal networks.

GPS Tracker: National Geographic did a series in which they placed a GPS tracker in a fake tusk and followed it to track the ivory traders. Watch Warlords of Ivory.

Elephants are big eaters! They consume 4 – 6% of their body weight each day (160 – 325 pounds). As humans expand into open land to create housing, farms, and transportation it impacts the elephants that live there. For example, as their food sources diminish, elephants may wander into farms or large scale agriculture enterprises and eat the crops. This can lead to retaliation against the elephants. Sometimes, scared or angry elephants attack humans. In India, human-elephant conflict leads to 400 elephant deaths and 100 human deaths each year. 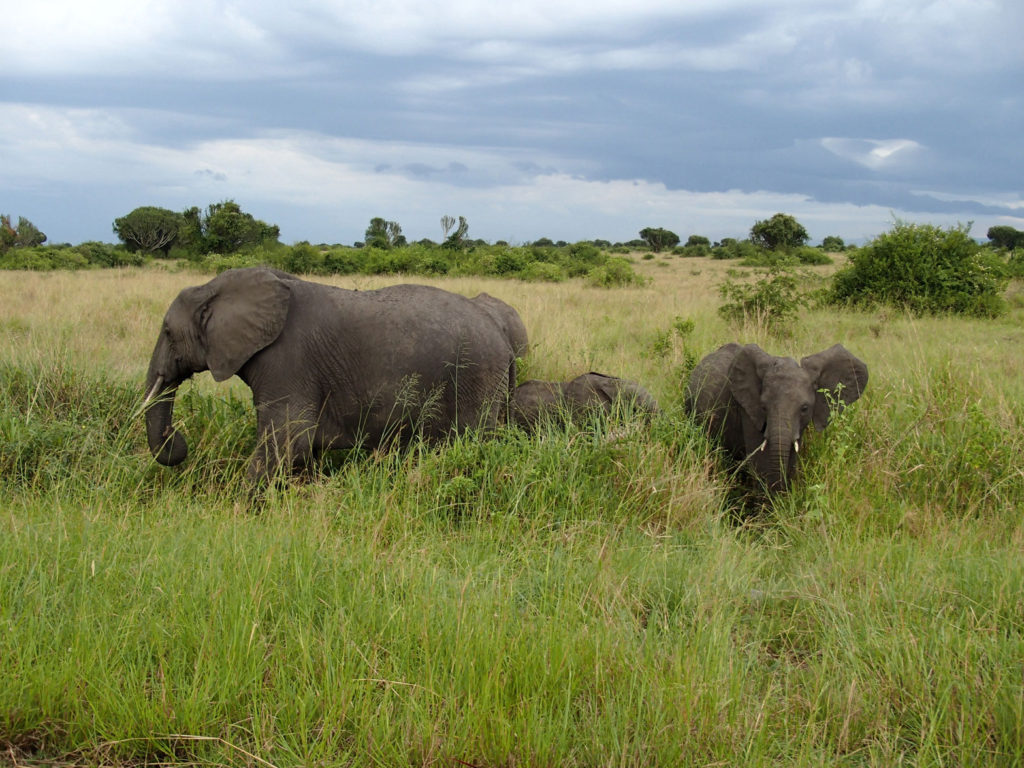 In Valparai India, coffee and tea companies have cleared and planted large areas that are home to 2,000 elephants. These elephants continue to pass through the plantations on their way to find food in the remaining forest. Workers sometimes have unexpected encounters with these elephants. Dr. Ananda Kumar created a text message warning system to alert people when elephants were nearby so they can avoid them.

Did you know that elephants don’t like bees? The Elephants and Bees program in Africa protects farms from elephant visitors and provides income generating opportunities. The farmers receive help installing beehive fences that keep the elephants away and also produce honey that they can sell.

Upcoming blog posts will explore these issues in more detail along with the conservation programs that strive to save the elephants from extinction.