This is the second post about my experience as a dog foster with Desert Labrador Retriever Rescue. Check out the first post about my Glamazon foster puppy Mercedes.

Cappy (which may be short for Cappuccino) is one cool Chocolate dude! His owners surrendered him to the pound because they did not have time for him. He is a very shy guy and was on the e-list for fear. When the Desert Labrador Retriever Rescue (DLRR) volunteers took one look at his sweet face, they just had to rescue him!

When he arrived at DLRR, Cappy had a bad case of skin allergies and infected paws from licking. He is doing great now and will most likely need ongoing medication to maintain his allergies.

Cappy has a “happy tail” that rarely stops wagging. He is not a big cuddler, but always likes to be close by his people. Cappy’s first foster family has three cats and he was fine with them; he even nuzzled with the friendliest one (so cute). He moved to my home because I have a doggie door and am home most of the day, so I could give lots of extra attention.

Cappy is housebroken and uses the doggie door. He knows all of the standard commands (sit, shake, down, speak, stay) and is great when left home alone (although he is partial to sneaking up on the couch). He is also great in the car – he jumps right in and sits quietly by the window to watch the world go by. In the two months he was with me, I did not observe any behavioral problems like digging, chewing, or jumping. This is one well-behaved, easy-to-care-for guy! 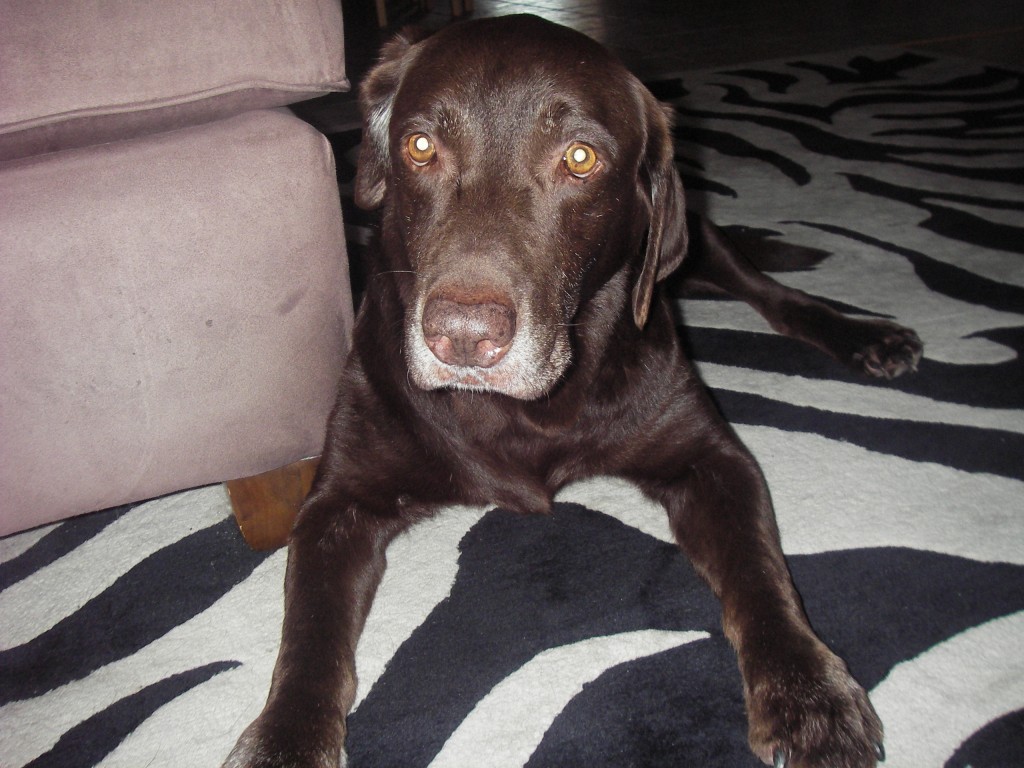 Don’t let the hints of gray fool you. This active 9-year-old loves to play ball, swim, and go on walks. You can tell that Cappy is a seasoned swimmer – he even likes to jump in the pool from the cool deck area. I typically took him on two walks a day because he loved to get out and about and is so great on a leash. At home, he loves to gaze out the window, and gives a big hearty woof when someone walks by.

Cappy has some very silly habits. When he gets out of the pool, he rolls around on his back with his feet in the air and grunts. When his family comes home, he grabs a toy and runs around the house doing a ‘happy dance.’ Cappy also has what I call a ‘propeller tail’ that wags in circles when he’s really excited.

Cappy gets along with kids, cats, and dogs. He does have one challenge that we were working to overcome. Despite being relaxed and outgoing with his foster family, Cappy is very shy when new people come to the house and is not quick to warm up to strangers. The good news is that he is fine when he encounters people and animals on the street during walks. He even passed by the neighborhood cat without much interest. It was clear that Cappy needed a supportive, loving family who could help him learn to be comfortable with new people. And happily, we found that family!

Cappy’s new family has a lot of experience with adoption. Patricia and Derek Probst adopted three kids, Cris 14, Mayelin 12, and Ben 11, from Guatemala. Their previous dog was a retired greyhound from a rescue group (who has since passed away). The family had been thinking about getting another dog for a while. Patricia heard about Cappy from coworkers who are DLRR volunteers and knew she had to meet him. The entire family was very relaxed and patient when I brought the shy guy to their house. It took a bit of time, but Cappy started to open up and interact (it helped that the kids gave him treats – the way to a dog’s heart). The Probsts felt that Cappy would be a great addition to their family (which also includes two cats: Dewey and Momo) and were ready to help him overcome his shyness. 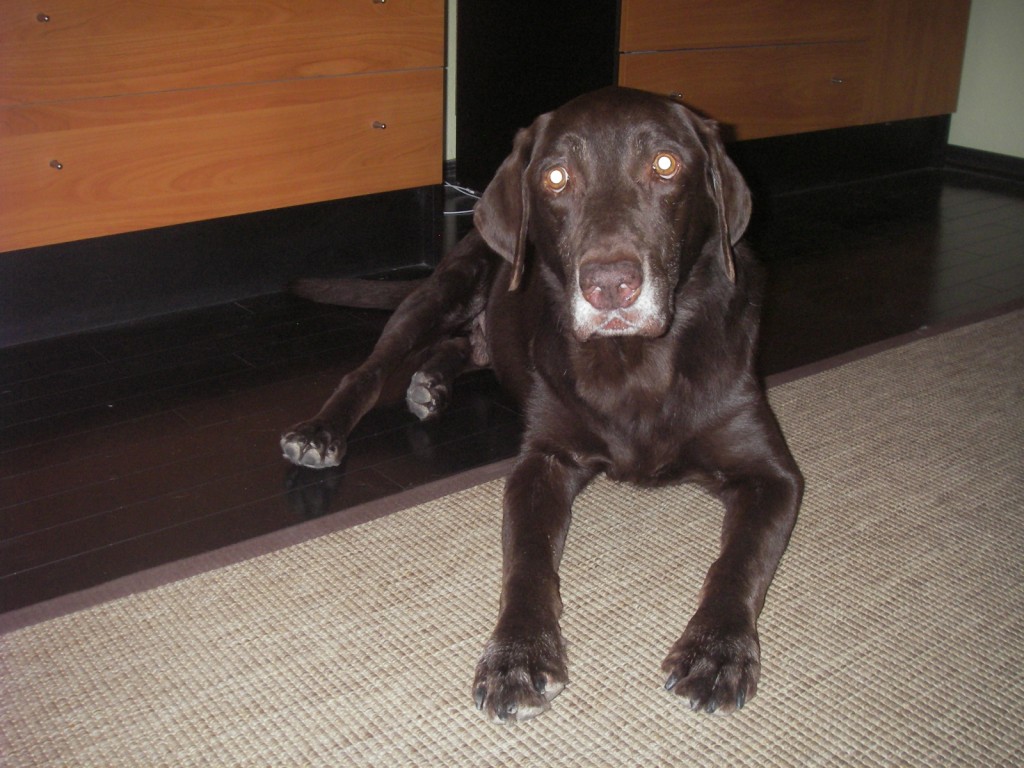 A Special Dog who Made a Big Impact

Cappy is completely the opposite of my first foster Mercedes. She is a silly, exuberant puppy who loves everyone. Although Cappy is extremely well trained has a ‘happy tail’, it is apparent that he had been through some tough times. If DLRR hadn’t come along to save him, I wouldn’t be writing this post. Cappy stayed at my home for nearly two months and bonded with Michael and I. We were thrilled that he found a wonderful new home, but will miss his calming presence. Michael even got him a going away treat – doggie pretzels and beer (chicken broth) (Bowser Beer Gift Pack). Cheers to Cappy for a peaceful, loving life with his new family!

Desert Labrador Retriever Rescue (DLRR) is a non-profit, volunteer run organization with an incredible group of caring, committed Labrador-lovers. I’m so happy to be part of this organization! If you live in Phoenix or Tuscon, there are many ways that you can help: adopt a Labrador, volunteer, become a foster, or attend a fund raising event. There is a great event coming up on October 29, 2011, Corks and Collars – an afternoon wine tasting and silent auction at Armitage Bistro. I am donating a small business website to the auction, and my Mom is donating a beautiful lampwork bead and sterling silver necklace that she made. If you can’t make it to Corks and Collars, please check out the calendar of events on DLRR’s website.