Although mountain gorillas are still a critically endangered species, the population is growing. The International Gorilla Conservation Programme recently announced the results of their latest mountain gorilla census which documented a 25% increase since the previous count.

Mountain gorillas live in three countries: Rwanda, Democratic Republic of Condo, and Uganda. Years of habitat loss, poaching, and war / civil unrest dramatically reduced the population, which was added to the critically endangered list in 1996. Collaborative conservation efforts have prevented mountain gorillas from becoming extinct and also enabled the population to grow. 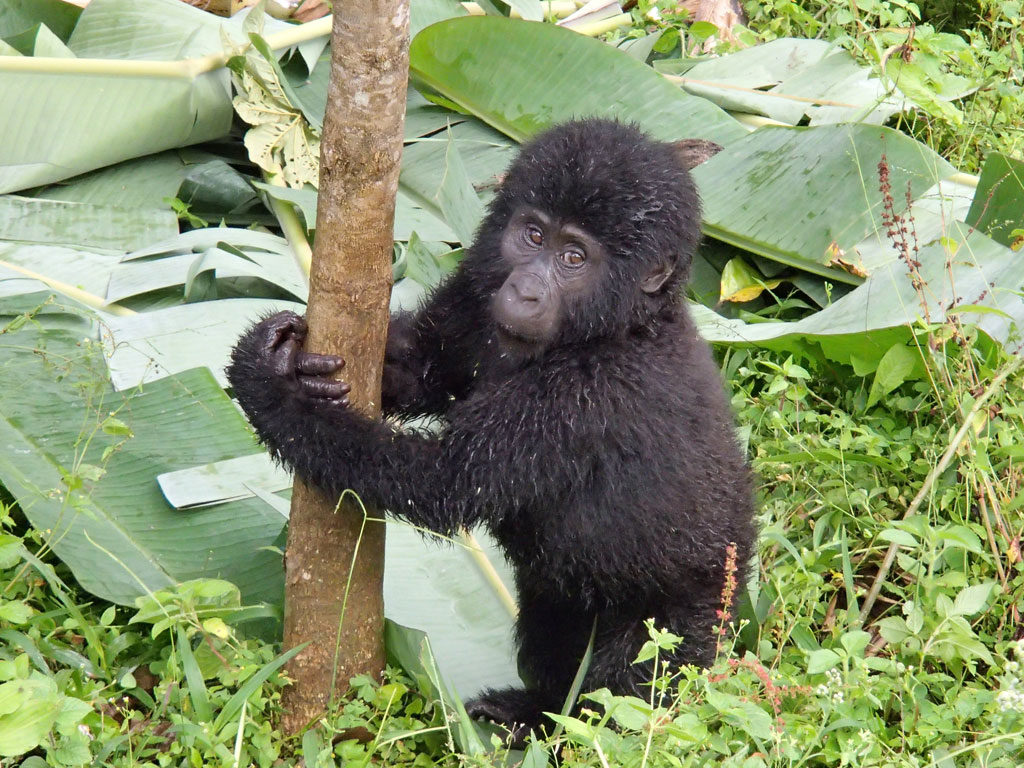 There are two populations of mountain gorillas – the largest lives in the Virunga Massif – an area that spans Rwanda, Democratic Republic of Condo, and Uganda and includes three national parks. A smaller population lives in Bwindi Impenetrable National Park in Uganda.

A majority of gorillas live in groups. Conservationists who observe and document the mountain gorillas have given each group a family a name. Read about each of the gorilla families and their silverback leader.

Did you know…?
There are no mountain gorillas in captivity. 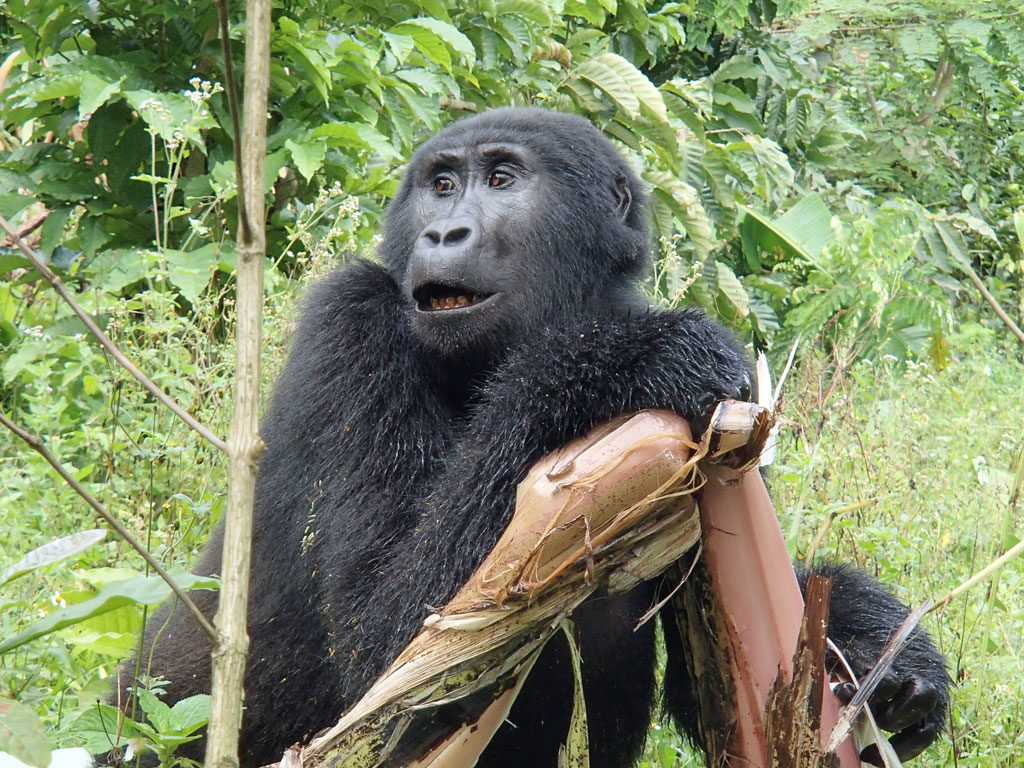 Did you know that you can observe mountain gorillas in their natural habitat and learn first-hand about conservation? 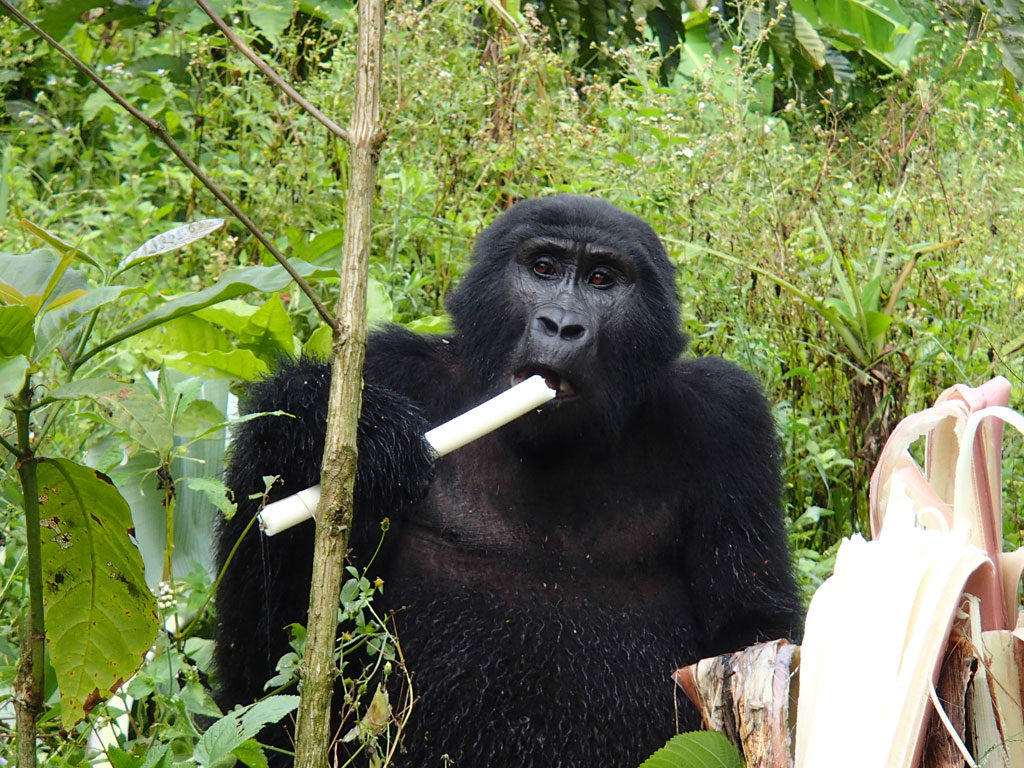 On our World Trip, we had the privilege of going on gorilla trek in Uganda where we saw the Rushegura family. It was an experience of a lifetime that also supported local communities and conservation. Read about our visit to Uganda.