Three Inspirational Women in History you May Not Know

Do you speak dog? 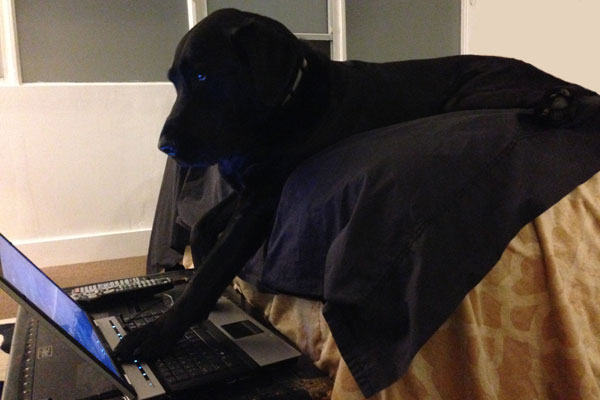 Sometimes I do and sometimes I don’t. I know that when Indy stands by the door and looks at me with his ears and tail slightly up it means, “Lori – I have to pee – take me out now.” (That one is pretty easy to figure out.) But when we are out on a walk and pass a dog that is barking and lunging toward us, does it mean the dog is excited and wants to play with Indy or does it mean the dog wants to bite him?

I have been around dogs for most of my life and think I have an average understanding of dog behavior. As a volunteer foster with Desert Labrador Retriever Rescue, I learned a lot about different behaviors I had not encountered with Cain and Piper before they passed. For example, I learned that blind dogs quickly learn their way around a new environment using their other senses. And I learned through trial and error how to interact with a fearful dog.

While Indy is a well-mannered dog, there are some behaviors I would like to better understand and be able to correct. For example, Indy barks when the home phone rings and does not stop immediately when we say ‘no speak’. We only use the home phone for the front lobby buzzer, so Indy knows that when it rings someone is at the door. He does not bark when our cell phones ring. In addition, living in an urban environment and regularly meeting new dogs also got me thinking that it would be good to learn more about dog behavior and body language. So it was cool to find the new website iSpeakDog. They just launched a public service campaign to help people learn how to better understand and interact with their dog.

Do you ever wonder why your dog does certain things? Do you ever get frustrated when it is difficult to correct your dog’s ‘bad’ behavior? Then you may find it helpful to learn how to speak dog.

At the iSpeakDog Week online events you can learn about the causes of behaviors that frustrate guardians like pulling while on a leash, jumping up on people, and chewing household items. They have a three-step formula to help you translate what your dog does and says – so you can learn how to speak dog.

Check out some of the things that are planned for iSpeakDog Week.

Visit their website to see the full calendar of events and social media profiles.

By the way – as I sit here writing this post, Indy is trying to use his Jedi mind control to get me to feed him dinner early.